The Yukon 1000 is - as they themselves boast proudly - the world’s toughest survival and endurance race. Participants are required to make 2 million paddle strokes over 8-10 days, where the only times you get out of your boat are to sleep or cross the US border. It is the kind of thing you wouldn’t agree to do unless you were persuaded to after a few drinks at the pub. And that’s exactly how William Goodwin got lured into it.

This is, perhaps, a disservice to Goodwin. The Yukon 1000, after all, doesn’t allow just anyone to compete. It requires participants to have significant experience, and Goodwin certainly has that - he did Land’s End to John O’Groats in 2012, and has since started running ultramarathons. His partner in this particular challenge, a friend called Toby, previously rowed the Atlantic over 40 days.

To get him and Toby in fine fettle, they’ve employed the assistance of a PT, Gus Barton, who specialises in training people for rowing the Atlantic and ultras. There’s been a mix of running and gym sessions, “where we’re working on strength, but also on flexibility, mobility and the core. Because that’s where it’s going to be won or lost,” explains Goodwin, “technique is important, but to not have the body shut down, and to be able to recover quickly, is key.” Then there’s time spent on the water - last weekend saw them do a 50k paddle down the river Wye - and slowly building up to the big day in July.

Nutrition is also a unique challenge with a contest like this. “You can probably get 6,000 calories in yourself a day without wanting to vomit,” laughs Goodwin, “but we’ll be burning considerable more a day.” The estimate is that they will probably lose one, maybe two stone each over the Yukon 1000, and so preparation is not just about bulking up on muscle, “it’s about the reserves that you have and the ability to fall back on them”.

But it’s the mental fortitude needed that is really going to help them get to the finish line. “Luckily we’ve both done long distance events before, so we know there are times we’re both going to be swearing at each other,” laughs Goodwin. “It’s just about knowing that the mind gives up a lot quicker than the body. Every time we do something that stretches us, we realise quite quickly that I can do this, I will do this, I have done this. So how far can I go?” They may only get through the last days “on a concoction of co-codamol, caffeine and electrolytes,” but every stroke they take brings them one closer to the end.

The first aim of anyone doing the Yukon 1000 is to make it to the end, but there’s also the potential to place in the top finishers. Goodwin would love a record, but “we’ve got professional athletes competing in it,” he laughs. “We’re two boys from London who work in the city going up against professionals.” What really matters, however, is that this feat helps them raise money for two charities very close to their hearts. 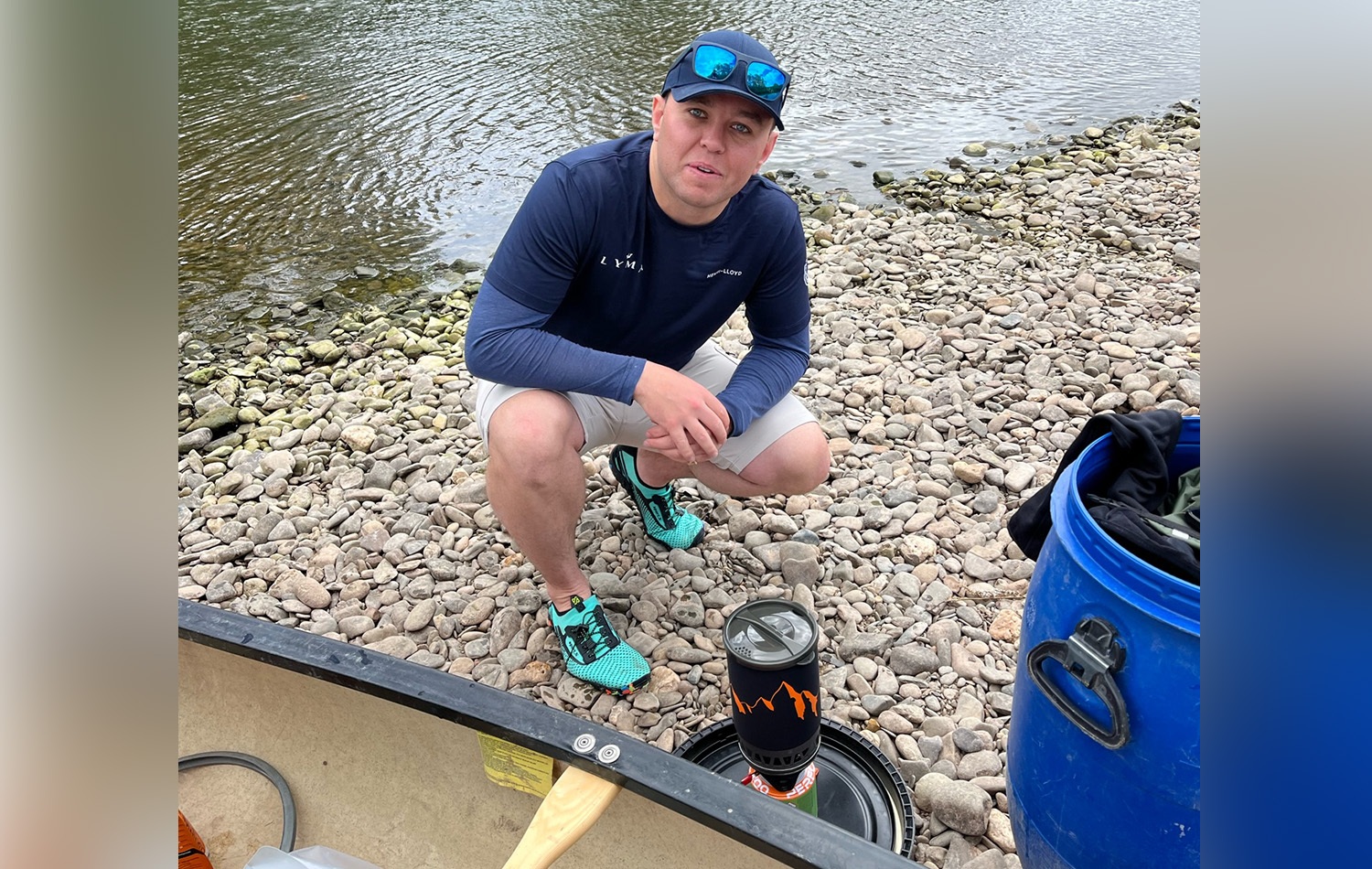 William's Reasons for the Yukon 1000

The first is the National Rheumatoid Arthritis Society. “My sister got diagnosed at 21 - it’s normally diagnosed much later in life - and the charity were really good in helping her come to terms with it, finding support, and all that stuff,” Goodwin explains. The second is called James’ Place, a mental health charity, that Toby helped his friend launch when the latter’s brother, the eponymous James, took his own life. It was in James’ name that they rowed the Atlantic, raising half a million, which launched the charity. “We're doing it 50/50 between the two charities. And we think they're both really worthwhile causes, and that means something to both of us.”

Training for an event like this involves events most of us would never dream of - the day after we spoke, Goodwin ran the London to Brighton 100km Ultra Challenge, and that was just part of his preparation. This requires a solid toolkit of resources to make sure your body is in fine fettle, including a focus on fitness, nutrition and good supplementation. Luckily, Goodwin has been on LYMA for four years, and is thrilled that Levagen®+ has just been added. “I’ll be able to recover quicker and get back to training sooner," explains Goodwin. "Which is massively important, because it means we can get in more sessions and, by the time we hit the Yukon 1000 start line, we’ll hopefully have done a bit more than everyone else, which gives us that edge.”

LYMA is delighted to sponsor Will and Toby as they prepare physically and mentally for the 'world's toughest survival and endurance race'. We'll be following their progress through training and the race itself, look out for more updates later this summer.

You can pledge support by visiting the team's fundraising page here.

An adapted version of PEA (palmitoylethanolamide), a fatty acid which occurs naturally in the body and in foods such as egg yolk and peanuts