Sleep Is Your Superpower

There's no better feeling than waking up after a good night's sleep.

When was the last time you woke up feeling great? Quality sleep is something many struggle with How Does Sleep Quality Affect Our Bodies?

Short sleep duration is one of the strongest risk factors for obesity. Dr Michael Grandner, Professor of Behavioural Sleep Medicine at the University of Arizona says, “Bad sleep isn't just more time awake, sleep is a totally different mode and by not allowing yourself to do that job, you're asking the body to cut corners and that's dangerous.” If you're aiming to improve your health, quality sleep is crucial to give you the advantage.

Sleep is important for all aspects of brain function. This includes cognition, concentration, memory and performance. All of these are negatively affected by sleep deprivation. When we are well rested and reset, our bodies will find balance and performance will improve.

How Does Sleep Affect Our Mood?

How LYMA Can Help You

There is no need for anyone to struggle with poor sleep. To improve your sleep, speak to our Concierge today to arrange a consultation. 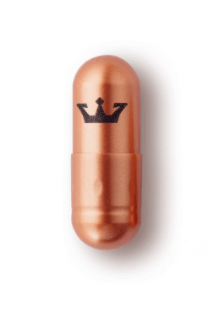 How To Sleep Better. Julian's Story

"Not only is my sleep is so much better but I'm feeling and looking good. Clear as a whistle mentally."

"When you're an eight-year-old kid, you need an orchestra to wake you up. But I found that as I got older, I would wake for no reason. Over the years, my sleep patterns changed significantly.

I've never had an issue getting to sleep, I drift off easily, it's just staying there that's my problem. Everyone in my family sleeps less as they age, so it must be in my genes. But that doesn't stop it being incredibly annoying when you wake up in the middle of the night, fully switched on as though it's morning. I was repeatedly waking up at 3am feeling completely ready for the day but I didn't wan to be.

I tried all the sleep aids that everyone assured me would work, but all of them were disappointing. I took zinc and magnesium, various droplets, herbal remedies and endless different supplements that all promised to fix my night-time waking, but nothing delivered that deep sleep I was after. Melatonin worked for a while but nothing got close to truly solving my sleep problem. That was until LYMA.

The science behind the Supplement was robust. I was compelled to try it. Most importantly, the claims of what each ingredient could do had been proven, so I was hopeful that LYMA would make the difference I needed. Why not give it a go?

Shortly after I began taking LYMA, I put my children to bed at nine o'clock and went to bed too. I woke up at 1am but I read for a short while and then I went straight back to sleep again. I didn't wake up again until gone 8am. I couldn't believe it. My first thought was that I couldn't remember the last time I got seven straight hours sleep.

Now with LYMA, I still tend to wake up in the middle of the night but I'm completely at ease because I know LYMA will get me back off to sleep again shortly. I just think about sleep and I drift back off and when I'm asleep again, it is very, very solid.

Life for everyone is full of challenges. I've been building a green industrial technology business in the last few years, and it's been tough. I've also been going through a divorce, so everything has been feeling dislocated.

But I'm super chilled compared to where I was. I'm calmer. I've been taking LYMA for 2 years now, and not only is my sleep is so much better but I'm feeling and looking good. I'm a 50 year old man but I feel much younger than my age, and clear as a whistle mentally.

I'm not in the slightest bit tempted to stop taking LYMA. I know I could stop and see if things return to how they were but I simply don't want to. LYMA has been a wholly positive experience for me and there's no looking back. "Your one stop solution to feeling energised and focused."

"Experts are queuing up to praise LYMA."

"Reduce your stress levels as well as improve your mood." "LYMA is the most ground-breaking supplement in the world."

"It ensures I’m getting all of the nutrients I need while away from home." "Since starting to take LYMA daily, I have noticed dramatically improved skin and it has helped my hair to grow back thicker and stronger than ever following both of my pregnancies." "Taking the formula daily has helped me stay focused, energised yet calm, whilst also giving my hair, skin and nails and real boost!" "With LYMA, there's nothing that's superfluous, it's a synergistic product that works on many biochemical levels. It helps with sleep, anxiety, mood, skin and bones." "Each ingredient has been tested, vetted and demonstrated its worth in a clinical trial and most importantly, at the dose that’s in there." "GenM completely supports and applauds the ethos, vision and purpose of LYMA and its founder, Lucy Goff." "The best way to protect yourself is to take a product like Wellmune® Blend, which is a component of the LYMA supplement, to enhance your immune system." "LYMA is the most advanced supplement I have tried to date. I can honestly say that it’s, without question, the most effective supplement that I’ve taken."

Best results so far: great hair and nails, calmer outlook, and no hay fever for the first time in 20 years - that's big!

I felt good when I was on it for a few months. I didn’t feel any anxiety and it seems to be creeping up on me so I want to try it for longer to see if it can keep any anxiety from coming back.

My husband and I have been taking LYMA for two years. We absolutely love it!

I have noticed a profound difference in the quality of my sleep and I'm waking up less during the night. More of us know the advantages of staying fitter, longer - we ask the experts what works when. Cycle Synching: How to Hack your Hormones to Optimise Your Life

What if carefully tracking your menstrual cycle could improve your output, fitness and wellbeing? LYMA speaks to Rose Ferguson and Eve Kalinik, the nutritionists behind The Wellness Breakdown. Companies are increasingly under pressure to provide support for menopausal staff. How LYMA Gave Hatty McCafferty Her Life Back Again

Personal trainer and podcaster Hatty McCafferty says LYMA got her head clear and sleep on track. You Should Really Be Doing Pilates

LYMA's paired up with Nobu Pilates. Their Creative Director has some advice for pilates naysayers. How LYMA Sets Itself Apart From All Other Supplements

Dr. Paul Clayton has a PhD in clinical pharmacology and works as the Director of Science for LYMA What is Natural Engineering? How LYMA Updates its Formula

Science changes, and so do we. This is how we engineer you to be 100% human. Meet the godmother of Levagen®+, and the grande dame of Italian medical innovation Olivia Falcon explains how Levagen is the best cure for period pain she's ever had. Everything you need to know about the 'bliss' molecule