Depression and the Psychological Symptoms of Menopause

The menopause doesn’t just bring physical symptoms but a cluster of psychological ones too.

Menopause, and the perimenopause preceding it, don’t just bring on hot flushes, night sweats and other physical symptoms. They can also bring on a cluster of psychological ones, too.

These can include anxiety, insomnia, brain fog or concentration problems, forgetting things, depression, loss of joy, feelings of anger, a sudden lack of confidence, low (or non-existent) sex drive, inability to orgasm, and even panic attacks.

The symptoms can make women doubt their abilities (despite their years of experience) and even quit their jobs, fall out with long standing friends, or become distant from their partner. “Menopausal women are going through a lot, but many feel it’s invisible as it’s not discussed enough,” says psychotherapist and counsellor Julia Bueno.

There’s been a flurry of high profile TV documentaries and books on menopause recently, and even the formation of an All Party Parliamentary Group on menopause. But many women still guard their personal menopause with privacy and struggle on. Women, said Bueno, are taught to “suck up all aspects of their reproductive lives: from painful periods that have them doubled up on the floor two days a month, to incontinence after childbirth. It’s the same with menopause.”

The brain needs oestrogen to lubricate it and falling levels of this hormone may affect cognitive skills or your mood. But it’s also about your mid-life individual circumstances: this is a time when troubles come in multiples. Often women are juggling menopause and the end of their reproductive life alongside empty nests, or teenage children with their own issues and exams. Add to that the stress of coping with or caring for ageing parents, bereavement, and navigating changing relationships with partners. Early 50s is a peak time for divorce, and it is also when many careers either stagnate or end in redundancy.

“Women tend to have a lot going on when they hit this time in their lives,” said Bueno. “They can get totally overwhelmed when there’s so much happening. It’s crunch time for a lot of women I see: they are overwhelmed by what’s happening internally with their biology, but also with all the other external factors that the ‘sandwich’ generation are dealing with.”

Bueno said the common psychological symptoms women experience in perimenopause and post-menopause are insomnia, feelings of anxiety and panic, and mood fluctuations that they just haven’t experienced before - and it freaks them out.

“The effect of sleep deprivation in particular is really core - bad sleep or interrupted sleep can have such a profound effect on mental health, including memory and cognition, as well as mood,” said Bueno.

“Loss of sex drive can also be very damaging to relationships unless there is good communication with the partner.” 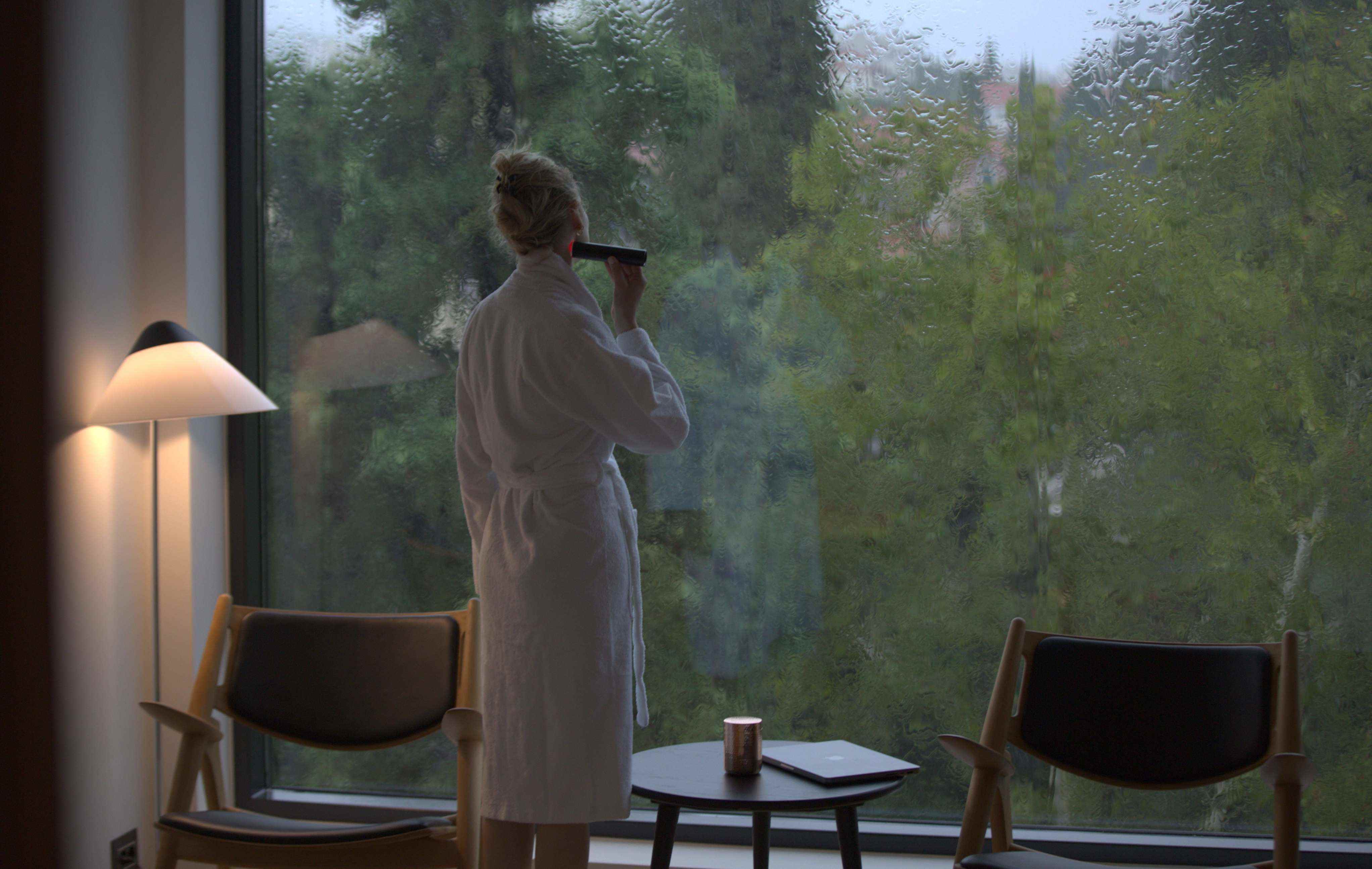 Bueno said some women benefit from Hormone Replacement Therapy (HRT) for hormonal symptoms underlying their psychological problems, especially as it helps with sleep, low mood, and anxiety. But others might not, and it also might be the case that blaming their hormones for issues stemming from elsewhere is doing themselves a disservice.

“A lot of the women I see who end up paying for psychotherapy are high achieving, they’ve got good jobs and they’re juggling a lot and they just tend to set the bar really, really, high and expect a lot of themselves,” explained Bueno. “They’ve brought up their kids, done well at work and then the storm hits, and they just think they’ve got to cope better.”

In these cases, Bueno encourages them to take their foot off the pedal and allow themselves to be a bit more vulnerable. “It’s about them showing themselves some self-compassion, learning to delegate and say no,” she explains.

“I’ll ask them about how they’d treat their best friend if she hadn’t slept in days, had a mum with early onset Alzheimer’s, a daughter with an eating disorder and was working a 50-hour week and was beating herself about being half an hour late,” said Bueno. “It’s getting women to see that they need to be kind to themselves.”

One of her clients, Bueno says, has taken to describing the menopause as a time of ‘shedding’. “I think that’s a good way to describe it. It’s okay to take your foot off the pedal.”

What treatments are available on the NHS? 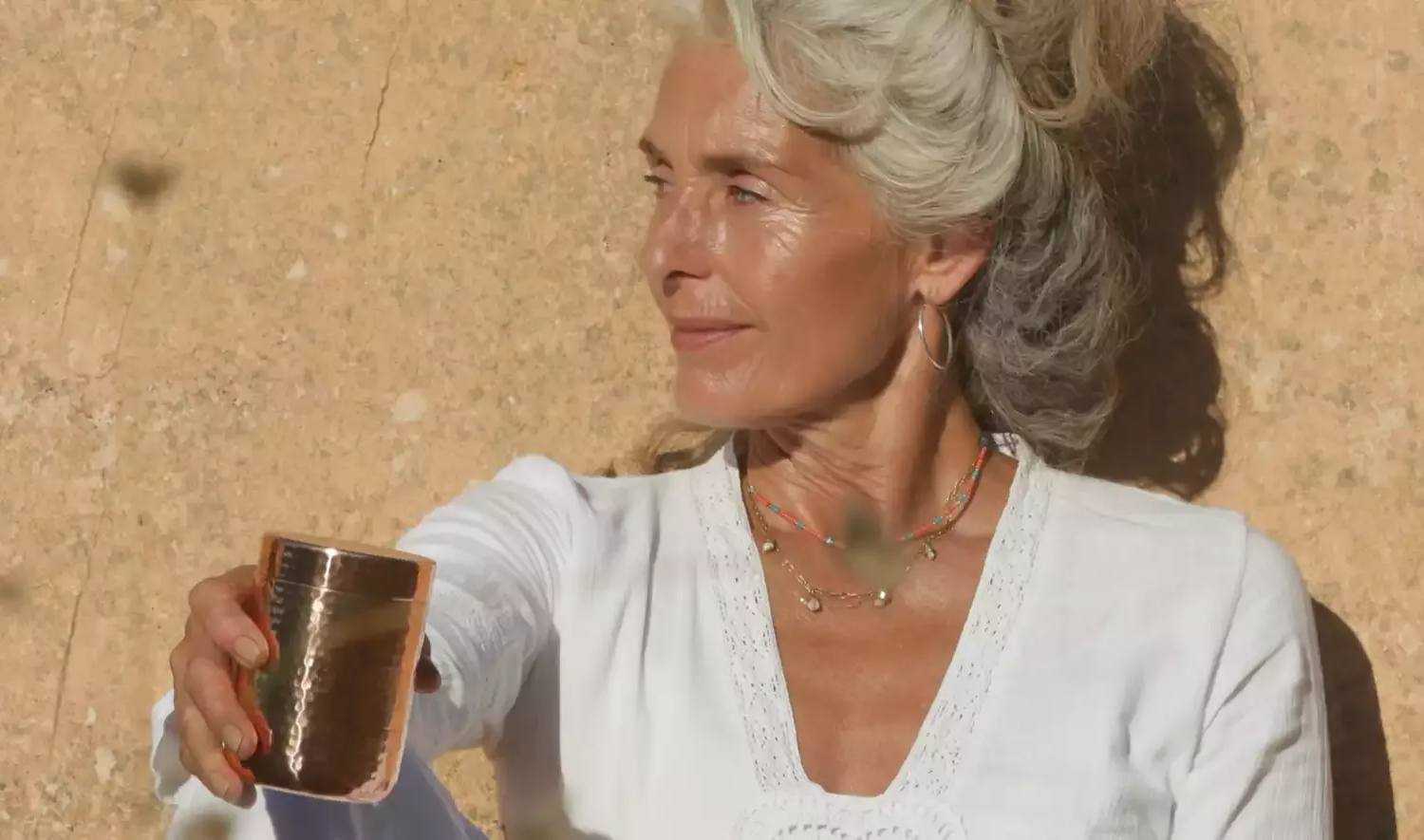 The NICE Guideline on menopause recommends treating low mood in women experiencing menopausal symptoms with HRT as a first line treatment, rather than antidepressants. “Women with low mood related to the menopause will usually have other menopausal symptoms too such as cyclical anxiety, fatigue or loss of libido,” explains Tania Adib, consultant obstetrician and gynaecologist at the private HCA Lister Hospital’s Menopause Clinic, London. “They’ll often say their life is great and they have no reason to be depressed but they just feel miserable and down.”

However, if you have not responded to HRT or behavioural therapy techniques, cannot take HRT, or have a history of depression, your GP may then consider prescribing antidepressants. This is because you may have clinical depression (where you feel persistently sad for weeks or months rather than just a few days), and this is unrelated to the hormone fluctuations of the menopause. “In those women HRT will only take the edge of their depression, but may help when combined with antidepressants,” adds Adib.

A recent review published in Nature says there’s evidence SSRI and SNRI antidepressants are effective for the treatment of depressive disorders for women during and after menopause. The authors add, however, that more long-term studies are needed to investigate the safety, efficacy, and maintenance treatment with antidepressants during menopause.

“Generally, I’m very pro my patients taking antidepressants to get them well enough to have therapy,” says Bueno. “But with women going through the menopause I tend to concentrate on getting them sleeping well first, then recommend they see a GP who knows about the menopause. I’ve heard a lot of patients say that taking HRT or the right supplements improved their sleep and anxiety problems.”

There are so many supplements out there for menopause that it’s often about finding the one that’s best for you and your symptoms – paying close attention to the advice of your GP and any specialists caring for you. Do your research and take the time to investigate the quality and dosage of each ingredient listed on the back of the bottle.

How LYMA can help

The LYMA Supplement is a gold standard, evidence-based nutraceutical backed by science; all ten of our ingredients are patented to the highest quality, dosed at the proven level, and work together to help you feel your best in every stage of your life. Our ground-breaking formula, containing KSM-66® Ashwagandha to support sleep, Vita-algae D3™ and K2 VITAL® to support bone health, mood and metabolism, and Cognizin® to support brain health and improve focus, is helping thousands of women tackle their menopausal symptoms, and even helped Emma come off her antidepressants.

Everything you need to know about the menopause